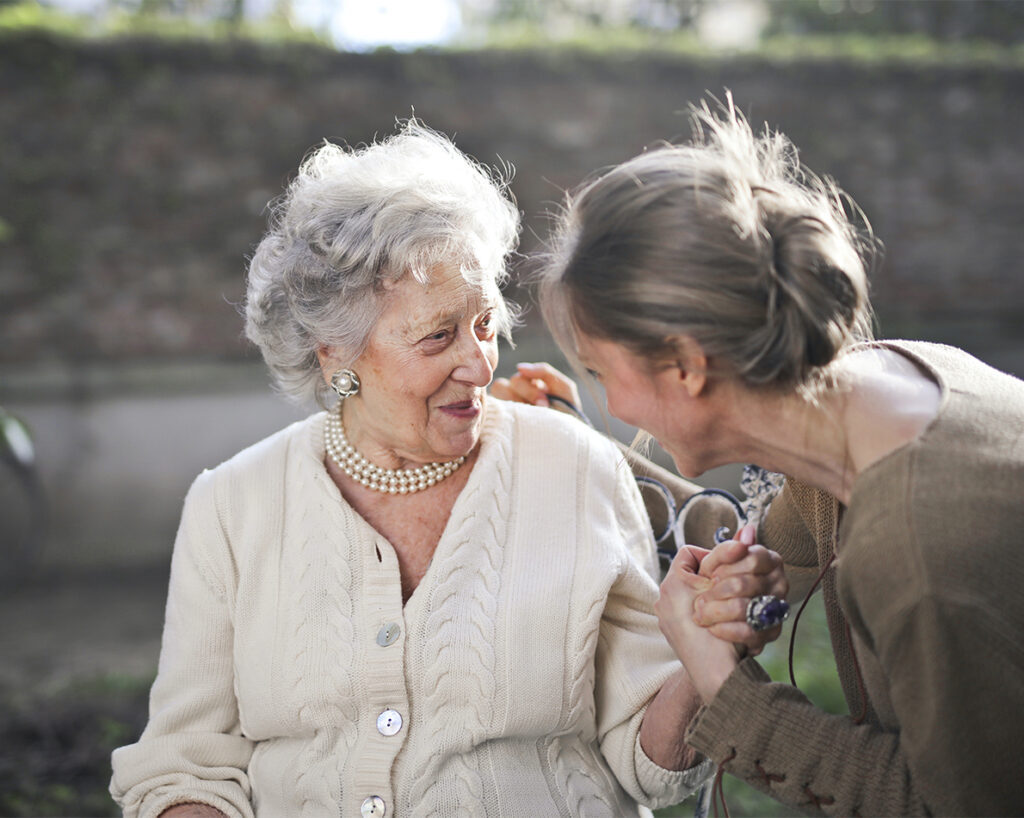 Affecting many of our clients and quite literally 10’s of millions of people around the globe, Alzheimer’s disease is the most common type of dementia. It is a progressive disease that affects parts of the brain that control thought, memory, and language. The disease affects every individual differently, with no two people experiencing symptoms in exactly the same way. However, there are some common warning signs that you should be on the lookout for. An early Alzheimer’s diagnosis provides you with a better chance of benefiting from treatment.

You’ve most likely heard the expression “in one ear and out the other” and someone not being able to recall what you said five minutes earlier might seem as though they weren’t paying attention; however, it’s important to note that someone with Alzheimer’s may have difficulty recalling information that was recently given. If someone has memory loss that frequently disrupts their day-to-day life, it may be a symptom of Alzheimer’s.

2. Disorientation to time and place

It’s happened to all of us where we forget what day of the week it is or walked into another room and forgot why we went in there in the first place. However, people with Alzheimer’s can get lost on their own street and not know how to get home. If someone repeatedly loses their sense of direction and is in a state of confusion this is a warning sign.

We’ve all done some things that are questionable and lack good judgment, but people with Alzheimer’s will have a pattern of clearly inappropriate decisions or actions. Poor decision-making could look like impaired problem-solving but can also extend things like wearing inappropriate clothes for the season, lack of personal hygiene and even trouble with finances.

A person with Alzheimer’s may have trouble completing familiar tasks. For example, they might have trouble preparing meals or getting dressed – they forget typical routines and have difficulty putting the steps together. This is different than being busy and remembering “Oh yeah, I didn’t eat yet.”

People in general perform a blend of concrete and abstract thinking throughout the day – we gather information and then make sense of it. However, someone with Alzheimer’s may lose the ability to draw conclusions and solve problems. It may become difficult to balance a chequebook, for example, because they have forgotten what to do with the numbers.

It’s natural to search for the “right words” when conversing with others, but if someone is constantly losing their words or train of thought, pay attention. Having a consistent problem finding the right words or using the wrong words during conversation can be a sign of Alzheimer’s.

7. Changes in mood and behaviour

We all have our “ups” and “downs,” but someone living with Alzheimer’s can have mood swings with no apparent reason for the change. In the early stages of the disease people may experience behavior and personality changes such as increased irritability, anxiety, and depression.

8. Withdrawal from social activities and loss of initiative

We’ve all been there where we avoid things – housework, business, people – but we recover, recognizing we can’t hide from our lives forever. With mood and behaviour changes, people with Alzheimer’s are less inclined to be social, and may actually dread interacting with other people. They may also become passive and disinterested in normal activities and obligations, needing encouragement to become involved.

Eye issues are very common within the general population; however, there are four common deficits with the eyes that are typical for people with Alzheimer’s, and just having an eye exam can help to detect the disease early. Symptoms would include reduced ability to detect motion; loss of depth perception – the ability to process distance and three-dimensional objects; reduced peripheral vision; and difficulty recognizing colours.

It’s normal to occasionally forget where you put your keys, but a person with Alzheimer’s may put things in inappropriate places. For example, their wallet in the fridge and their keys in the sugar bowl.

If you notice any of these signs in you or someone you love, they may be a sign of Alzheimer’s Disease or another form of dementia. Dementia is not a part of normal aging. If you think that these problems are affecting your daily life, or the life of someone you know, you should talk to your doctor. To learn more about our services and how Transitions Healthcare + Rehabilitation can help, contact us.